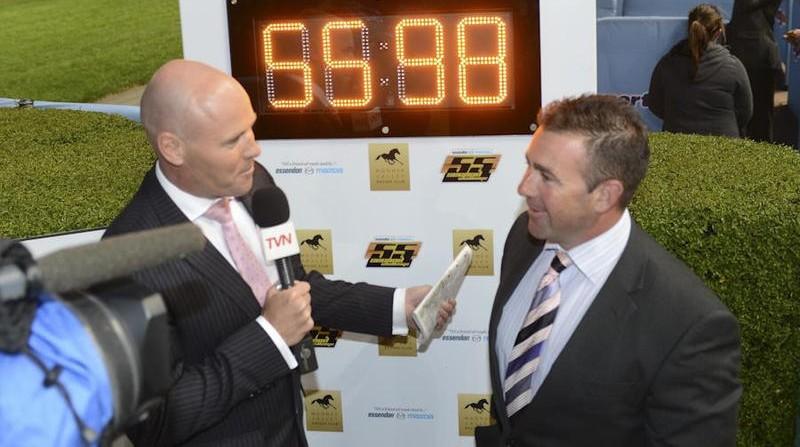 It was a long road,but Dean Binaisse's passion for horse racing eventually led him to a successful career as a thoroughbred trainer.

Beginning his working career as a carpenter Dean completed his builders’ apprenticeship and started his own business.But as enjoyable as he found building houses Dean wanted the chance to try and build a stable.So he set out to pursue his first love,horseracing.

At the age of 21 Dean decided to follow his dream and pursue a career in the racing industry,forgoing a successful career as a builder. Dean learnt much of his trade by working for free at various stables around Cranbourne.During this time,he was fortunate enough to work with a number of top class gallopers including Group 1 winner and now outstanding broodmare Circles Of Gold, dam of Group 1 gallopers Elvstroem and Haradasun.

After working as a pre-trainer and breaker Dean took out his own trainer’s licence.Unfortunately a serious fall saw him sidelined for over a year.For a young,enthusiastic trainer 12 months out of the game seemed like an eternity.

By the time Dean had recovered his business had disappeared.He was forced to start from scratch again choosing Mornington as the base from which to grow his business.

The move to Mornington proved to be a masterstroke.Dean's new property led directly onto the Mornington track and was well appointed with plenty of room for development and improvement.

An injury plagued galloper named Devil’s Nite,which Dean purchased for just $14,000, soon put the property in the racing news. The son of O’Reilly went on to win 4 races,placing in a further 5,with his wins coming in impressive style.

But Devil's Nite's achievements would soon pale in comparison to Dean's third purchase from the sales.A colt by Prix de l’Arc de Triomphe winner Carnegie,purchased for only $30,000,would take him into battle with racing's elite.

The colt was named Carnero,and he soon showed Dean that he was a horse of significant potential.Dean started the colt as a summer two year old in a maiden at Mornington and watched Carnero work home strongly to finish third.Encouraged by the performance he ventured to Sale where Carnero recorded a nose win.Carnero then headed to Caulfield for the lucrative INGLIS 2YO CLASSIC,going head to head with many better bred and more favoured rivals.Carnero raced to an emphatic win to give Dean a well earned big race victory.As a 3yo he returned to Caulfield to run 5th in the GROUP 1 CAULFIELD GUINEAS.

Dean has continued to develop his skills as a racehorse trainer.He has taken a keen interest in horse Bio Mechanics and has developed a Shin Sore Prevention program.This is used in the preparation of all horses that come through the stable.He also has the ability to rehab horses by using his world class facilities and local environments.

Dean’s love of racing is infectious,he enjoys sharing his passion with his owners,especially when celebrating a big win.Nothing satisfies him more than selecting a yearling, watching its development, and then watching it win.