From The Funhouse To The Winner's Stall 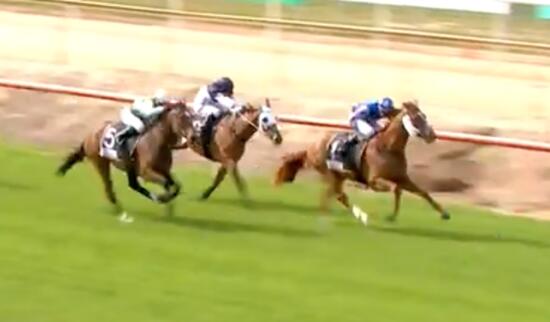 While playing the clown around 888Racing is what he is good at Big Crunch showed today that he may also be good on the track after winning his Maiden at his eighth attempt.

Despite his hyperactivity enroute to Benalla the 4yo gelding found a spot one out and one back after jumping from the 1400m.Coming to the 600 the in form Jack Hill gave the horse free air and moved up to the leaders.He put the result beyond doubt at the furlong pole and despite clocking off late Jack was sure he won with a bit in hand.

From taking a witches hat in his mouth and running it along his stable mesh to tossing feed bins into a dam "Dusty" plays the clown but like a cheeky schoolboy you get the feeling the stable finds his character gets under the skin for all the right reasons.And winner's are grinner's.