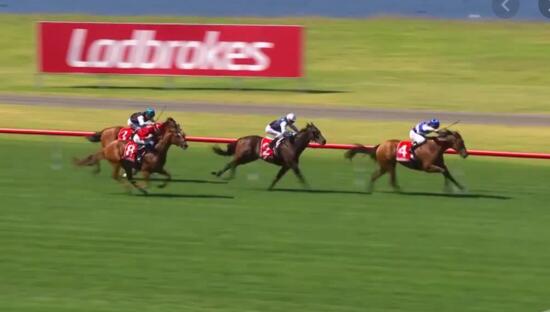 With her past five starts placings with an aggregate of 3.8L Apres La Mer,another product of Ribblesdale Stud,Leopold,headed to Sandown on March 10 looking to lose the tag of "best maiden going around".

In the hands of Mark Zahra the plan was to use the Reward For Effort mares speed and fitness.The plan unfolded perfectly when ALM took up the lead from the barrier and the horse and Zahra kicked off the bend and went to the line with a handy break on the field.The time compared favourably with the BM64 1200m coming home 0.3 sec. quicker for the last 600m and an overall race time 0.5 sec. faster.

The consistent run of form came after Dean Binaisse found the mares poor hock confirmation was causing problems with the mare suffering curb hock.Removing the rear shoes other than race day solved the problem.Finding and solving the issue has given Apres La Mer every chance of continuing her run of form and taking her owners along for the ride.