Predecessor kicks off his Autumn 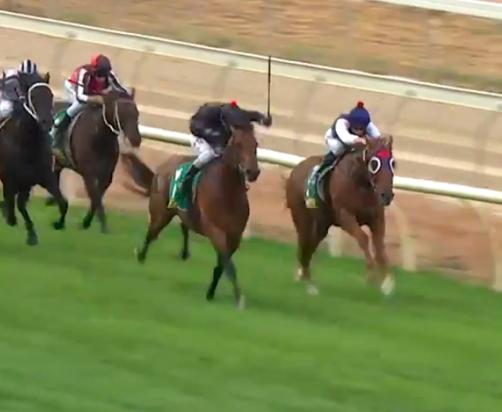 Exciting Epaulette colt Predecessor has kicked off his Autumn campaign with a win at Echuca.First up in a Class 1 over 1400m the colt settled midfield before jockey Stephen Baster moved the colt forward on the turn,hitting the front at the 200m and easing away for a soft win.Commenting after the race on Racing.com both trainer and jockey were confident that while still learning his trade the colt was very progressive with plenty of improvement and that he would win better races in the future.Dean specifically commented on the horses heart and lung capacity which suggest's a step up in distance would only help Predecessor add to his record of two win's from seven start's.